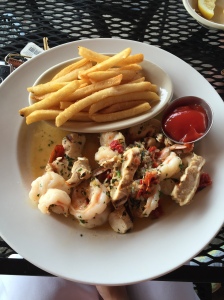 The kitchen has always been known as the room or area where food is prepared and cooked. It’s no secret that amongst the hustlers in the world of narcotics the kitchen is also recognized as a place inside of the “trap” (drug house), where fraternizing and hustling such as gambling, drug manufacturing, etc. takes place. In a new movie titled “The Kitchen”, movie directors give us the flip side of the game.

What happens to the significant others of the men that hustle to feed their families out of those kitchens are incarcerated?

Directors and producers give us an inside look at what the lives of three mobsters wives looked like after they were incarcerated and what those women had to endure to make ends meet while their husband’s are paying their debt back to society. In 1978, the Hell’s Kitchen (New York) housewives were put to the test when they have to bang and slang like the big boys of the Irish Mafia to prove that women really run it…the rackets and the fate of their competition.

The film from New Line Cinema and BRON Creative, is written by Andrea Berloff, who was nominated for an Oscar for the original screenplay for “Straight Outta Compton.” “The Kitchen” stars Tiffany Haddish (“Girls Trip”), Melissa McCarthy (“Bridesmaids”) and Elisabeth Moss (“The Handmaid’s Tale”). Berloff’s screenplay is based on the Vertigo comic book series created by Ollie Masters and Ming Doyle for DC.  It’s set to be released on this Friday, August 9th, 2019.

Check out the official trailer below.

Just when you thought you were out of options to help this disorder that haunts so many technology strikes again with a new blanket that promises to help give you the rest you need. The Gravity Cooling Blanket leverages the same weighted technology as their original Gravity Blanket, but adds a new duvet made of special technical fabrics to draw moisture away from the body to keep you comfortable at night. It has 3 great benefits: deeper sleep, feels great to touch with a combo of ultra-soft microfibers and distributed weight and it reduces stress by increasing serotonin and melatonin, and decreasing cortisol. For $249 a great night’s rest can be all yours. Purchase here

Nipsey Hussle’s family will be honoring the late rapper by hosting a “Celebration of Life” memorial service at Staples Center in downtown Los Angeles on Thursday.

The two-hour celebration is scheduled to start at 10:00 a.m. Pacific time, and doors to the arena will open at 8 a.m. There will be metal detectors screenings and bag checks to ensure public safety. 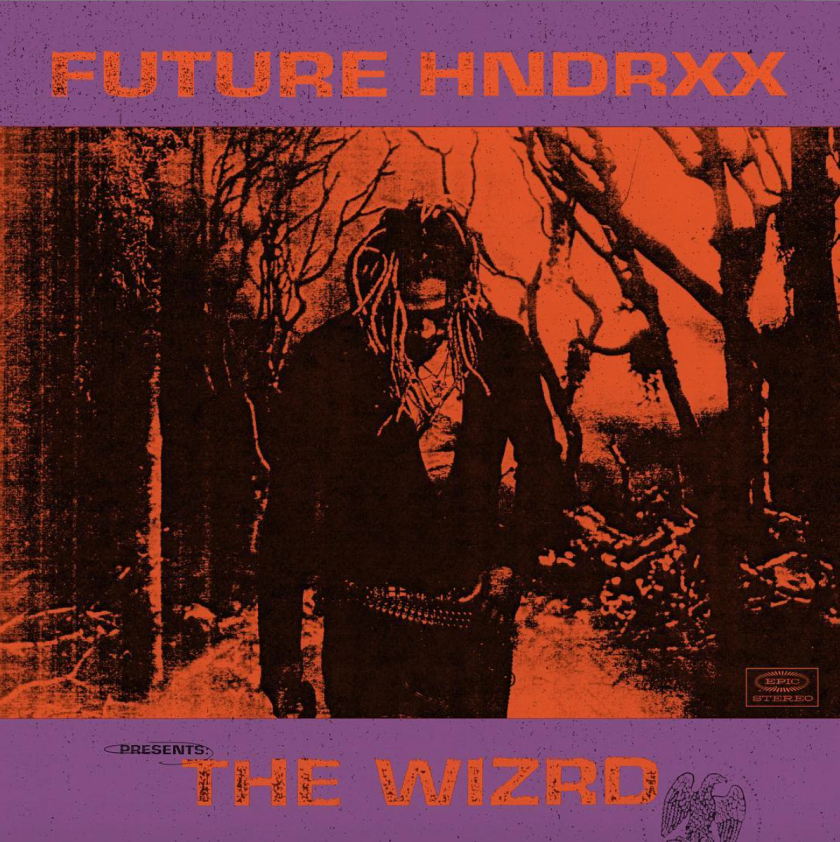 You will soon be able to add some new Future to your frontin’. Last week, Future blessed us with a new documentary ‘The WIZRD’ to precede the release of his new album. The documentary is a revealing inside look to the Atlanta rapper’s life on and off the stage exclusively on Apple Music. The album includes features from Young Thug, Gunna and Travis Scott. The official release date is 1.18.19.

Watch ‘The Wizrd’ trailer and check out the track list below.

It’s all about securing the bag in 2019 and Rita Ora is getting to it with a new endorsement deal and a collaboration. Escada has named Ora it’s new brand ambassador and she will appear in the Spring 2019 campaign. Not only is she endorsing Escada, but she’s teaming up with Giuseppe Zanotti to co-design a capsule collection.

With both brands she will contribute elements of her personal style. Ora’s new brand ambassador position with Escada not only allows her to flex her face card and push the brand with her influence, she will appear alongside the brand’s new heart bag that she loaned her favorite shade of red to. Giuseppe Zanotti and Rita have teamed up to give us the perfect blend classic Zanotti and edgy Ora. Rita used her jewelry collection as inspiration for what she will add to the new designs.

Ora’s Heart bag will also star in the campaign, and 15 euors (17.16 U.S. dollars) from the sale of each bag will be donated to Women for Women, a charity that supports women in conflict areas like Kosovo, where Ora was born. The bag will be available online and in stores on March 26 and retails at 1,199 euros (1371.27 U.S. dollars). Giuseppe Zanotti and Rita’s exclusive line will launch on Jan. 24 across select  stores, online, and at Nordstrom, Neiman Marcus and Saks Fifth Avenue. The latter will host an event on Jan. 24 to mark the collaboration. Prices start at $795 for the flats and rise to $2,495 for the boot styles.

Watch the behind the scenes footage below.

Behind-the-scenes at the shooting of our new #EscadaSS19 campaign starring @ritaora, global music icon and fashion muse. A larger than life campaign which shows the playful yet luxurious aesthetic at the heart of the collection. ⠀ ⠀ Follow us for more updates coming soon. #escadaofficial #RITA❤ESCADA 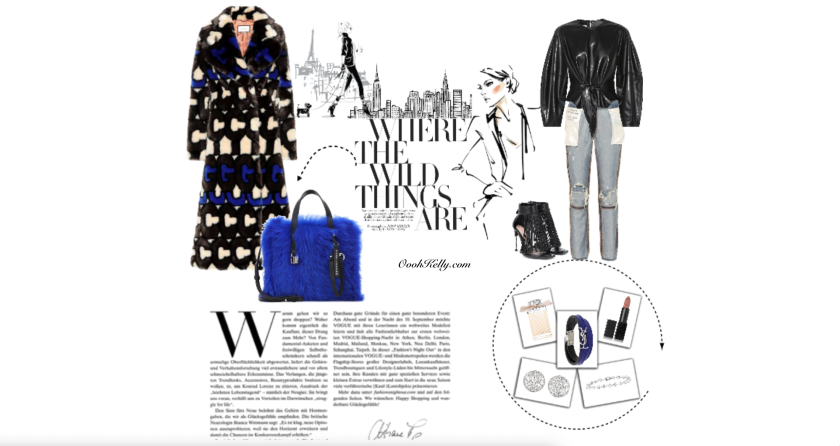 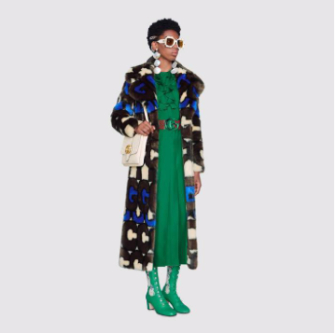 Clearly, life is still Gucci for Lil Wayne. During last night’s College Football Playoff National Championship halftime show in San Francisco, he decided to throw on quite the ensemble that attracted loads of attention. Social media dragged him for the look comparing him to everyone from the “Hamburgler” to a homeless person. Nonetheless, my attention was caught by the $9,300 Gucci stripe faux fur coat that I was already creating a fashion editorial for weeks ago. Even if you don’t like it, it is undeniable eye-catching.

Would you sport it? Click images below for purchase details.

Watch T.I. question Kanye in their great debate. Click the image below to watch the video.

Did T.I. help us answer some of Kanye questions? Do you have a better understanding?

Nicki has clearly been all about her endorsement coins and this holiday season she’s picked up another one as the face of H&M’s 2017 Holiday Campaign. In the short film that will go live on November 28, Minaj plays a mother and a fairy to a young girl who’s trying to hunt down Santa’s evil brother who is trying to steal the holidays. I love the film’s overall empowering message,” Minaj said in a statement. “I love seeing this young girl become the champion that lives in all of us. There’s always magic in the air during the Holidays.” 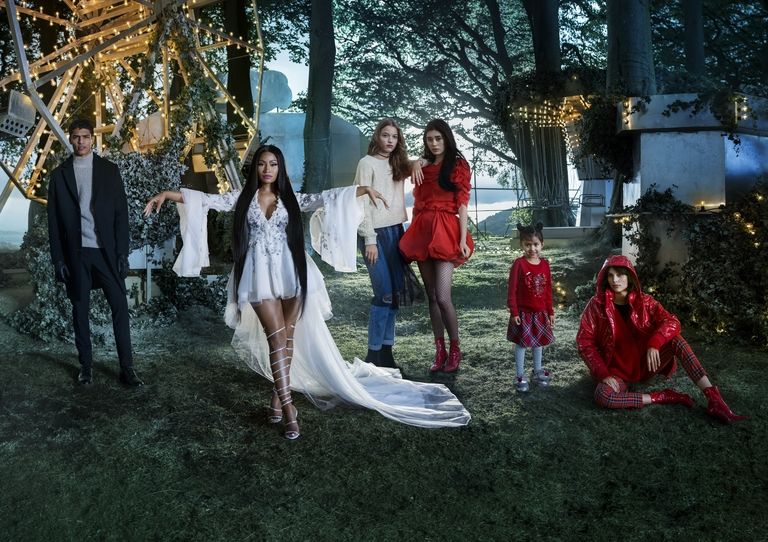 Catch glimpses of H&M’s holiday designs throughout the film, which are available in stores and at hm.com starting November 9. Check out the teaser below and pieces from the holiday collection below. 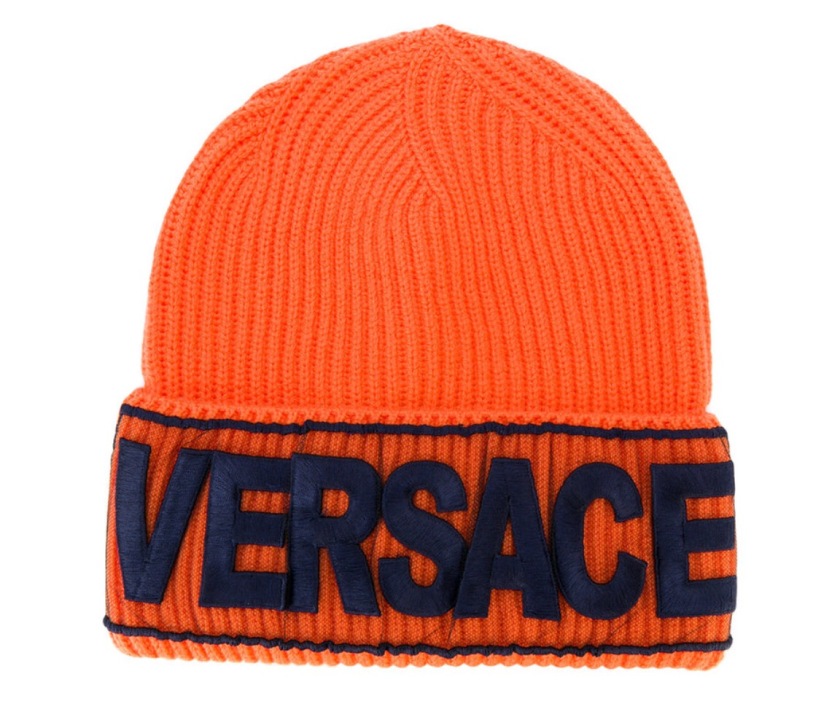 Versace has been synonymous with luxury fashion, the brands classic glamour merged with modern sensibilities for AW17. This Logo manifesto beanie is crafted from virgin wool and features a bold contrast logo embroidered across the front.

Mailing Address:
P.O. Box 1548
Royal Oak, MI 48068
For collaborations, press, and all other inquiries please email us at kelly@ooohkelly.com